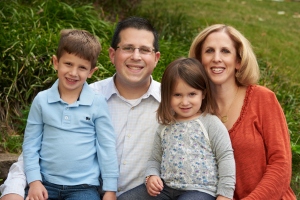 As the elected Treasurer of Montgomery County, Jason Salus has built a strong, proven record of independence, leadership, innovation and public service.

A businessman with a degree in finance from Pennsylvania State University and an MBA from Temple University, he has brought private-sector financial acumen to the office of Treasurer, identifying new sources of revenue to help balance the county budget, making smart investments and reducing his own department’s budget.
Jason’s pioneering delinquent property tax collection program for county government, school districts, and municipalities has helped keep the tax burden low at all three levels of local government. This initiative has generated millions of dollars each year by dramatically improving collection rates, while saving the County, its school districts and municipalities over $2 million in fees since inception.

As a board member of the Montgomery County Employees’ Retirement System, which oversees the county’s pension fund, Jason voted to implement a new pension investment model that has cut investment management costs by over $1 million per year. The result is a more sound pension system.

Jason has created other important innovations, as well. He is working with Montgomery County businesses and non-profit agencies to develop a housing counseling program for tax-delinquent property owners.

The experience and skills he brings to public service were honed in his business and professional career. A one-time student at the University of Manchester in England, Jason worked for international accounting and consulting firms as a forensic accountant. In that role, he assisted legal counsel and local, national, and global corporate clients in uncovering waste, fraud and abuse, thereby saving millions of dollars in legal and regulatory fees.

Later, he served as the director of real estate development for a non-profit community redevelopment organization that revitalizes older neighborhoods, supporting small businesses and job creation in our region while helping working families buy their first home.

Before his election as county Treasurer in 2011, Jason served as Conshohocken Borough’s 1st Ward Councilman. He chaired the Transportation and Parking Committee, and served on the Personnel and Finance committees. During his tenure, he promoted fiscal responsibility and smart growth in his community. He voted to cut Conshohocken property taxes by 12.5 percent without cutting services, and he supported the implementation of an audit program that collected over $1 million in delinquent taxes.

Jason grew up in Springfield Township, Montgomery County. He is married to Lisa Neifeld Salus, a School Library Media Specialist at the Interboro School District in Delaware County. They currently live in Whitemarsh, and have a son, Max, and a daughter, Eva.